My wife Jan and I love going to auctions.  A few years back we won the bid on this '30- A. Our A is all original with a seat and rumble seat, but no interior. Engine and chassis have been rebuilt. I had a '35 ford V8 street rod when I was much younger and always had a love for model A's and T's. The only bad part of this is we only got a bill of sale. No title. Would love to get this titled soon so we can start driving it. Mike and Jan Wrobleski. Lisle, Ill. 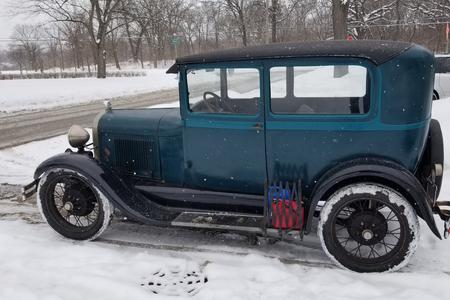 As Temperatures hover near zero degrees, Ken Dust had to move his Modern Iron into the garage to thaw the locks.  So he used his Tudor for a few days.  Several trips to Belinda'a shop included.  He reports it is stable driving in the snow. So I Triple Dog dare you to outdo him, No tongue on a flagpole just a little cruise in the "A".  Photo required as proof!

Member Gary Klecka out and about in Eagle River, Alaska Sunday 3/29/20 in his 1930 Briggs Town Sedan Taxi
Hunkering down per the Mayor. The Windows are up Honest. Gary says ah-ooooo-gah! and Briggs Bodies Rule!

Ilene Schauer visited the Dust's garage while 3 generations were working together.  Ron, Ken and Nate. Per Ken, Ilene took these when she visited us back on a cold day in January 2017 as we helped Nate put the axles, drivetrain, and engine back on the re-riveted frame and got it ready to drop the body back on.

Bob Boryca starts working on his '29 Coupe again. He's fitting the body panels on, hoping the weather stays warmer. I've taken a couple of pictures to share. He says, though this project is taking longer than I thought it would, it has been fun. 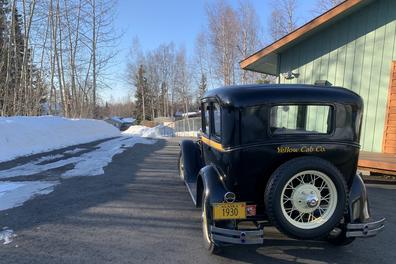 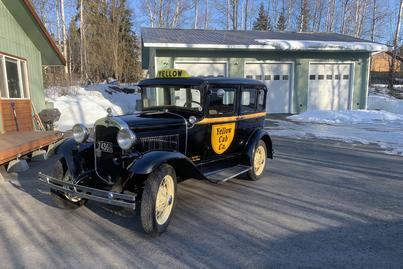 A Chapter of the Model A Ford Club of America